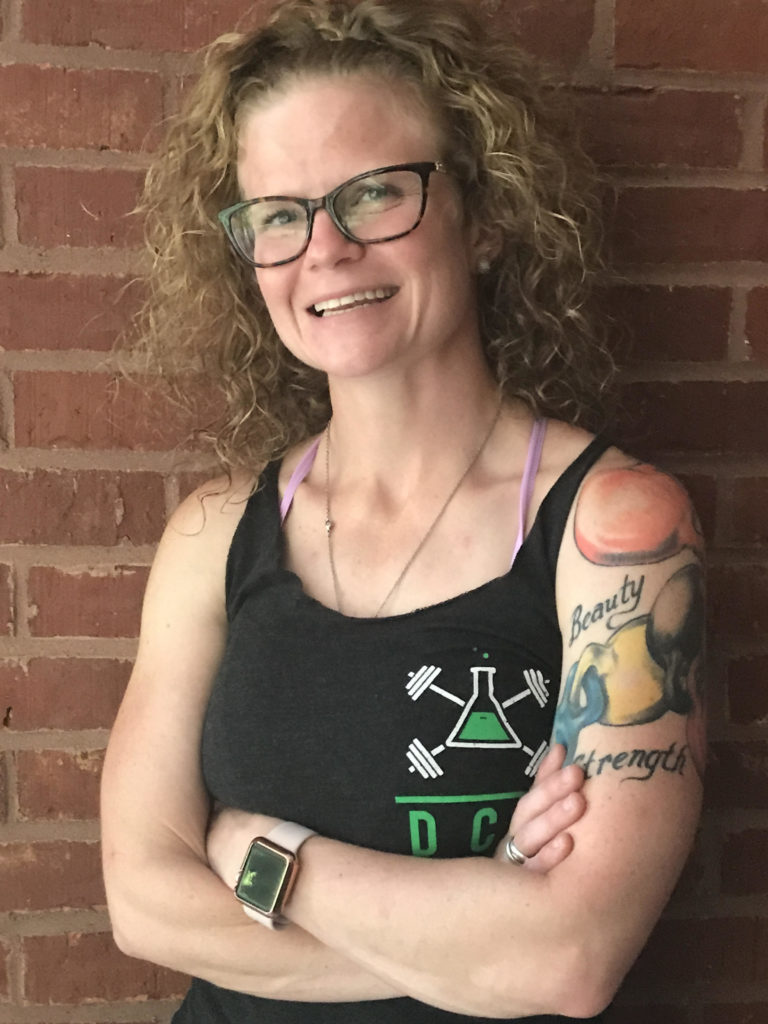 Hey, my name is Holly Cano, and I began my CrossFit journey in February 2012.  Prior to this, I ran track, played basketball, volleyball, and was a cheerleader in high school; never lifting a single weight.  I joined the Army in 2002 and in 2007 I was diagnosed with runner’s knee.  It is a bone abnormality causing extreme pain when I would run.  It was determined I would no longer run on the Army Physical Fitness Test. A couple years later I attended an “On Ramp” type course on CrossFit, introduced to me at my unit.  I had no idea what CrossFit was, and I was seriously nervous about attending because I just was cleared from right hip surgery rehabilitation.  After attending the course, I began to workout with Matt and the other coaches during their morning and lunch workouts. As I became more comfortable with CrossFit, the more I fell in love with it!  Just after four months, I attended the Level 1 Course out at Valley CrossFit, CA and one and a half years later my physical running restrictions were gone! I have been coaching at the Lab since 2014, shortly after Matt opened.

Schedule a Class with Holly!